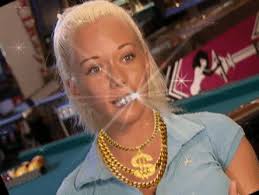 Now look at that. You look exactly the same as in your twitter display picture!

I would be so embarrassed to be go to school in this car. Wouldn’tyou? Plus how would i get off? I’d brake an arm.

Lets see let me let me google a picture.

If your booty looks like this, i’d take that as a compliment. I heard 2 chainz for his birthday he wants a big booty hoe. So you’ll be rich. I’m also sure there are other boys out there who love big booty. Plus you can use your booty as a weapon.  Or in Nicki Minaj’s song, Whip It. Omg i can totally picture it. Your booty used a whip, whipping tigers to electronic music.

Dude that’s legit. That’s like a major YOLO (you only live once) momment. I’d die to be there playing even though i don’t know how to play.

Ghetto chicken? Whats that? KFC? Or is it this?

Cause that looks good. Something worth using caps.

Omg, i never thought of that. What if their were? I would move the heck out of that cloud and go to the zoo where Giraffe’s like me belong.

Cause i didn’t understand at all what the second tweet says. Are the boys trying to asking them for sex or something? Or has she gone mad? Imagine if everyone talked like this. We would all sound like chickens. Yes chickens. The sound the make.

Visit my other blog!

If you are reading this and like what you see, please visit my parent blog: ReadingLitty.com